Talk on and Tour of Airthrey Castle 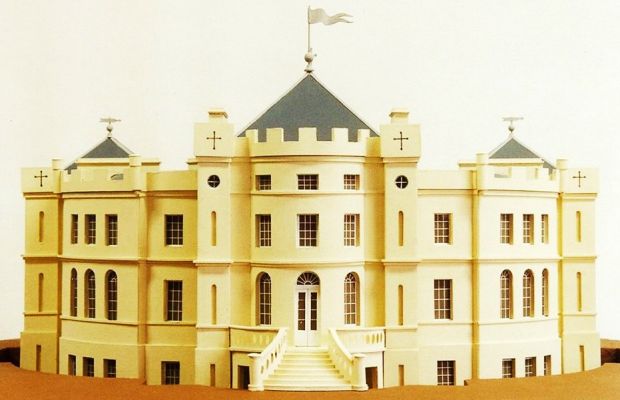 Over 40 members gathered in Pathfoot Building to hear a fascinating lecture by David King, author of a comprehensive catalogue of the buildings designed by the eighteenth-century Scottish architect Robert Adam. Robert Haldane, who inherited the Airthrey estate in 1786, asked Adam to design a classical house for him; he regarded the design as insufficiently ornate and Adam produced as castle-style design with battlements and turrets and that house was built. Though the vandalism of subsequent owners, including the University, has altered the front of the building and parts of its internal structure almost beyond recognition, the back retains the original concept. The SURSA group toured the building with David, aided by a leaflet that he had produced for the occasion. Reckless members were able to climb up a hazardous stone staircase to the battlements to admire the magnificent view of Dumyat in the rain, while others reminisced about giving birth within the thick stone walls as the castle became a maternity hospital at one stage of its history. The picture is of a model of Airthrey Castle as it was when it was first built. David King had the model made and gave it to the University in 1992. It has languished in a basement ever since. It would be an appropriate celebration of the University's 50th anniversary in 2017 if it could emerge from its seclusion and be exhibited.